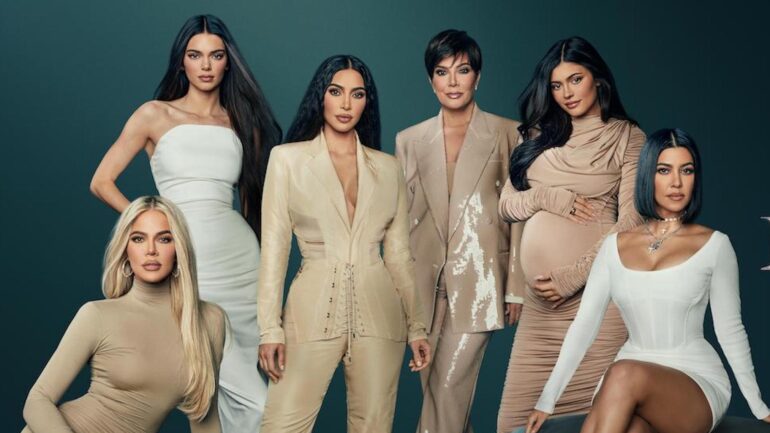 The Kardashians are back, again!

After the hit reality TV show “Keeping Up With the Kardashians” on E Network ended in June 2021, the show is revived in a new home.

The new show, called “The Kardashians,” premiered on April 14 on Hulu.

According to Express, the Kardashians were paid around $100 million to star in the new series.

“The Kardashians” will be different from KUWTK because it will be focused on the individual sister’s lives and more of a “documentary.”

The first episode opens with all the famous Kardashian-Jenner sisters and “momager,” Kris, updating the viewers on what has been happening in their lives.

Kim is going through a highly publicized divorce with Kanye West. Some days, their relationship is rocky. However, she says they try to stay friendly and co-parent their four children: North, Saint, Chicago, and Psalm.

Kris has worked hard to manage the family’s empire and different career ventures. She is also still with her boyfriend, Corey Gambles.

Kylie is pregnant with her second baby. This pregnancy, unlike the first, has been very public. She knows the gender but keeps it between her and her boyfriend, Travis Scott.

Khloe and her former husband, Tristian Thompson, are “best friends.” They are focused on their daughter, True, and going to therapy together to mend past issues raised in their previous romantic relationship.

Kourtney is spending a lot of time with her boyfriend, Travis Barker. She is also focused on herself and her children.

Lastly, Kendall tells the camera she has COVID but promises the viewers will be seeing her more throughout the season.

The family meets up at Kim’s house for a family barbeque. There, a situation unfolds.

Saint, Kim’s six-year-old son, comes over to her laughing about a crying picture of Kim that came up as an ad on his Roblox game.

Luckily for Saint, he can’t read yet. Kim is mortified to find out that the ad suggests that you can see unreleased footage from her infamous “tape” with Ray J if you click it.

Along with that, the family realizes they forgot to invite Scott Disick, Kourtney’s ex. So Khloe tells Reign, Scott and Kourtney’s youngest son, not to tell Scott about the get-together, hoping he won’t find out and get jealous for not being invited.

Later in the show, Scott finds out about the get-together, and Khloe visits him at his place to talk about it.

He says he feels sad and left out but understands why he wasn’t invited. Khloe assures him that she will talk about it with Kourtney.

In the meantime, Kourtney is at Barker’s studio enjoying his company. She brings her daughter, Penelope, and Penelope’s friend along. They play ping-pong, ride bikes, and have a “drum-off.”

Kim has a wardrobe fitting for her Saturday Night Live gig coming up. She says she is nervous and wants to pull out. Everyone around her encourages her to do it. Kim also wonders if Kanye should be the musical guest for that week but eventually decides against it.

Khloe and Thompson have a conversation about their relationship. Thompson expresses he would like to get back together with her someday and have another child. Khloe is adamant about trust taking time, especially after he cheated on her when she was pregnant in 2018.

Later on, Kim, Kourtney, and Khloe meet for dinner. Khloe brings up how she went over to Disick’s house to talk about the family barbeque. Kourtney says she doesn’t mind inviting Scott but has concerns. She advises he might be uncomfortable around their public displays of affection and doesn’t know if he can handle seeing that at an “intimate” get-together.

In the final scene, Kim is on the phone with her attorney about the Roblox ad she saw on her son’s iPad. She tells her lawyer she wants to take legal action and have the ad taken down. She calls Kanye to talk about it, and he comforts her while she cries. She then gets back on the phone with her lawyer and says she will use her power to take control of the situation because money is no object.