Netflix It: “Ginny and Georgia” 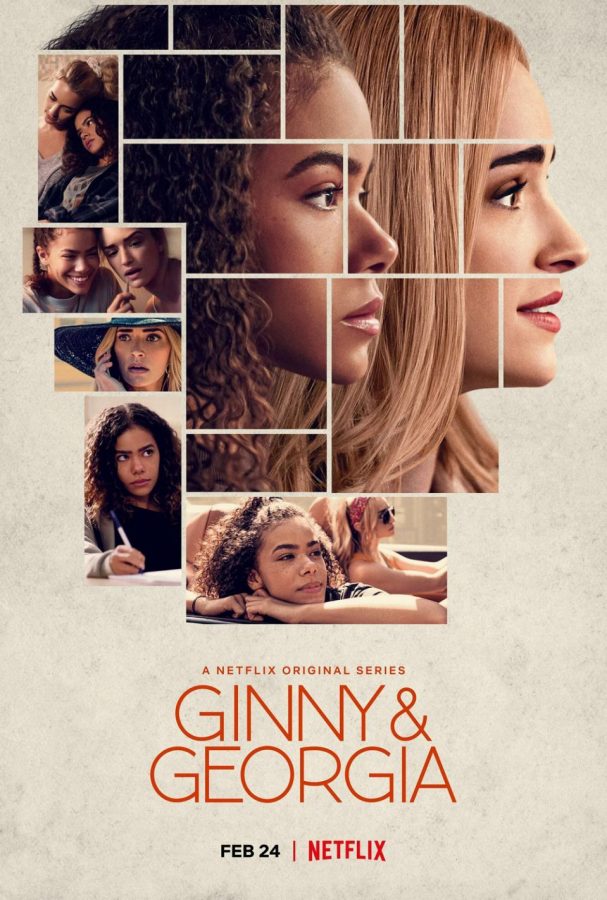 "Ginny and Georgia" has ten episodes in its first season, each an hour in length.

“Ginny and Georgia” is a show about a daughter and mother navigating their new lives as they move from Texas to Massachusetts. Georgia (Brianne Howey) is hiding many aspects of her past: her family, a history of abuse, thievery and even murder. Ginny (Antonia Gentry) just wants a normal, teenage life. She also wants her mother to stop keeping secrets, but Georgia insists the less Ginny knows, the better.

The show bounces between the past and the present. In the past, Georgia gives birth to Ginny at 15 years old, leaves home and runs an illegal gambling ring out of her apartment. In the present, Ginny becomes friends with a tight-knit group of girls and Georgia seems to attract every man she comes into contact with.

Georgia’s promiscuous ways are a point of contention for Ginny and her little brother, Austin (Diesel La Torraca). They had seen their mom go through many tumultuous relationships, each one resulting in them moving away from home and starting fresh.

The reason for the most recent move was the death of Georgia’s most recent husband. The death was originally ruled as heart failure. However, throughout the series, a private investigator suspects Georgia of murdering her husband.

Back in Ginny’s life, everything seems to be going great. She finally has a solid friend group and even has a sweet boyfriend, Hunter (Mason Temple). But Marcus (Felix Mallard), the boy next door, can’t seem to get away from Ginny. She can’t resist him either, which leads to Ginny cheating on Hunter. This affair also becomes a problem within the friend group, because Marcus is the twin brother of Ginny’s new friend, Maxine (Sara Waisglass).

Austin is also showing signs of trouble. He constantly gets bullied at school, until he strikes back and stabs his bully in the hand with a pencil. Austin is suspended and refuses to speak a word once he returns to school.

It’s also worth noting that the show doesn’t handle the topic of race particularly well. A scene being referred to as, “the Oppression Olympics Scene” went viral on Twitter recently, in which Ginny and Hunter argue about which of them is whiter. Ginny tells Hunter she knows more mandarin than he does, and Hunter says he’s never seen Ginny “pound back jerk chicken.”

The positive aspect of the show is that it currently only has ten episodes, each one being about one hour long. That means it could easily be binged in a matter of days.

Overall, regardless of how over-the-top or inappropriate the show may be, it was a fun watch. As hard as it is to admit, Ginny and Marcus’ forbidden love was captivating, and watching Georgia’s past slowly unravel was interesting. If you’re looking for a way to pass the time, watching “Ginny and Georgia” may be a good idea.