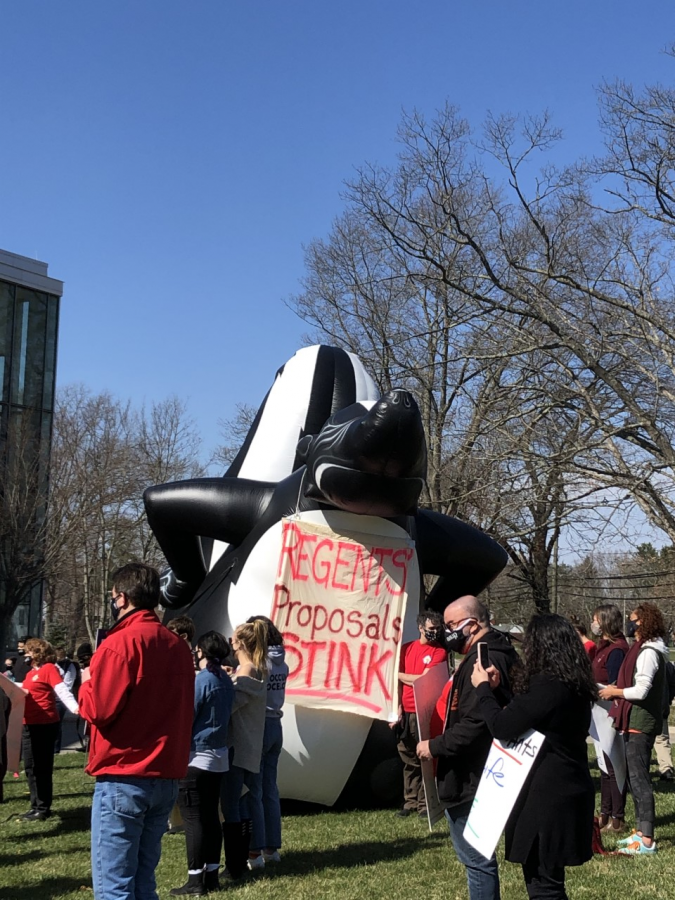 The Connecticut State American Association of University Professors and the Board of Regents’ dispute over contract proposals is still ongoing, now four months removed from the BOR’s initial proposal. The CSU AAUP is working to counter these proposals, which they say would “gut what a university is meant to be.”

In an interview with the Recorder, CSU AAUP co-chairs Dr. John O’Connor and Dr. Cindy Stretch discussed the ongoing negotiations as well as how the BOR’s proposals would impact the CSU’s.

The two groups exchanged proposals on Dec. 1 of last year.

“When we actually saw the proposal we were shocked at how draconian they were, how nasty they were,” O’Connor said.

University administrators could also transfer faculty to a different department if they are divided or merged under the new proposal. Stretch gave an example as to what this could spell for both professors and students.

“I have discovered that I am a much better teacher in person than I am online,” Stretch said. “But if some manager somewhere wants me online because he thinks he can make my classes bigger and make me use some packaged curriculum, then that’s about managerial control and that’s not how education actually works.”

Stretch is referring to two other parts of the BOR’s proposal here that are targeted towards online education. Anything course material that is used online would be the intellectual property of the administration, not the faculty. Along with this, these classes would not be capped and faculty would not get extra pay for larger classes.

Stretch said that “I would rather light my materials on fire.”

O’Connor and Stretch said that these proposals from the BOR would have an immediately negative impact on students’ experience.

“The question that needs to be asked is: to what extent has the BOR done anything to really improve the educational experience of students? To what extent have they ever done anything to help faculty members do their job,” O’Connor said. “I think you would have a real difficult time pointing anything out. It really seems to be a failed entity. They’re quite content, I would argue, in turning these institutions that are communities of learning into diploma mills. What matters is that increasingly students are a revenue stream.”

According to Stretch and O’Connor, the BOR did not notify any of the CSU Presidents before it made this proposal.

Other areas the BOR proposal could change are academic freedom and funding. Under it, there are no protections for academic freedom granted and no funding for market adjustment, conferences and workshops, university research grants, curriculum-related activities, faculty development or retraining of members.

The CSU AAUP is prepared to fight these proposals to its fullest power, according to O’Connor.

“We’re not going to roll over because what’s at stake is too high,” O’Connor said. “Whatever way we can we’re going to push back.”

However, Stretch noted that the voice of students will be necessary in this fight.

“Students have to decide whether this is okay with them at some fundamental level,” Stretch said. “If it’s not, which I can’t imagine it would be if they start paying attention, they just have to find ways to say it’s not. There are polite ways to say its not like emailing local representatives and there are a little less polite ways like showing up at the rallies we have and signing up to testify at the BOR meetings.”