Fighting For Freedom: Attack on Titan: The Final Season 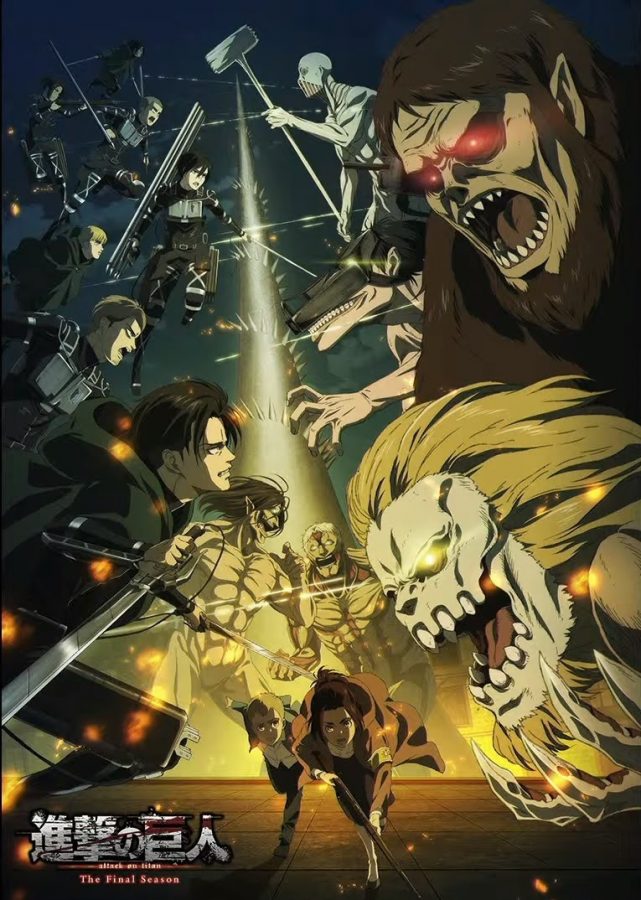 Falco why did you stand in between the two sides that want nothing more than to kill each other. You literally picked the worst possible place to stand.

After more than a decade of hype, the manga and anime for Attack On Titan is coming to a close. In a world where most of humanity has been wiped out by the titans, a race of giant naked human-like monsters, the survivors spend their lives in cramped walls in an oppressive monarchy.

The first season saw our protagonist, Eren Yaeger, become a soldier with the ultimate goal of wiping out all titans after barely escaping the destruction of his hometown, the death of his mother and the sudden disappearance of his father.

By season three however, Eren and his allies, the soldiers of the Scout Regiment, have learned the truth of the titans and the nature of humanity as the people of the walls prepare themselves for war. While past seasons operated under the assumption that every dead soldier gave their life for the good of humanity, season four fully embraces the grey morality that had been thinly veiled the entire time.

“Attack On Titan” is a masterclass in the nuance of morality. Eren, once a symbol of hope for his peers and the people of the walls, has changed over the years, committed to realizing his own version of freedom and wiping out any and all who stand in his way.

As a member of a race called the Eldians, Falco and his friends and family live as second-class citizens under a military dictatorship in a nation called Marley. Eldians grow up believing themselves to be descendants of devils who possess terrifying powers and the ability to become titans. Marley keeps these Eldians around to use as titan weapons, and those who serve Marley well become honorary citizens and achieve better social status.

The stage is set for the most brilliant war drama of this decade. Armies and ideologies clash, and the future of humanity hangs in the balance. The new faces give the series a new angle with which to understand the actions of its main characters. Just as Eren allowed his anger at the death of his mother to fuel his determination to destroy all his enemies, so too do Falco’s friends get swept up in the excitement of war, ready to fight for their lives without fully understanding the cycle of violence they perpetuate.

In an early scene in Attack On Titan, one character ruminates that the world can be a cruel and harsh place, but it can also be a place of beauty. While the series has endured no shortage of production troubles (season four had to be handed off from Studio WIT to Studio MAPPA) the animation, music, character designs and directing are still wonderfully creative while remaining faithful to the source material.

The largest and most controversial change was the transition from 2D animation for titans, to 3D computer generated titans that move about a 2D space. While CGI has been a burden on many anime productions in the past, Attack On Titan makes the most of this new style and delivers upon some truly breathtaking battle animation that makes the most of this change.

There are two more chapters left until the manga is finally complete in April. After this, it will be on the anime staff to make sure that the finale is properly adapted into animation. Since the season will be split into two parts, many would-be fans will wait until the series is complete before binge watching it in a few sittings. This option may be more appealing for some people, but if this series sounds interesting to you, I recommend watching the anime up to this most recent episode, and then reading the manga until you are up to date.

Hajime Isayama, the series creator, has a very engaging writing style where events can be shown out of chronological order without confusing the viewer and each chapter always seems to end with the perfect cliffhanger to keep the reader guessing about what may be next.

Attack On Titan is on track to become a modern classic. New episodes air every Sunday and new chapters release every month. While the series barrels to a conclusion, millions of fans around the world will watch with bated breath.