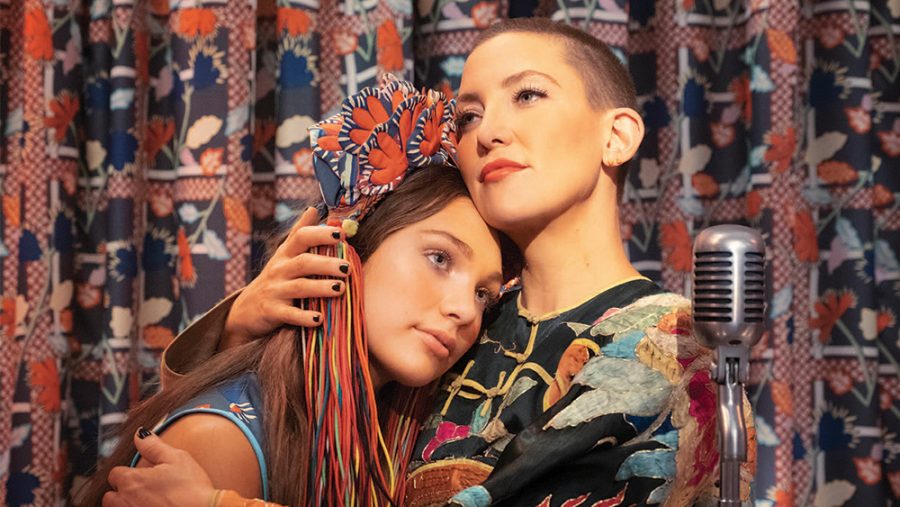 I’ve been listening to Sia for quite some time now and have loved all of her music from the past decade. From songs like “Chandelier” to “Cheap Thrills” to “Thunderclouds,” Sia has made some of music’s catchiest songs in recent memory with meaningful lyrics and mesmerizing, artistic music videos.

As a fan of her musical discography, I was intrigued when I learned that Sia was making a musical movie called “Music.”

“Music” is about an autistic teenager named Music who experiences a shift in life when her mother passes away. Her new guardian is her half-sister, Zuu.

When I first learned about the premise of the film, I was very interested in watching it for multiple reasons. I was excited to see yet another movie made by an artist I enjoy. The story appeared interesting to me on a personal level because I am autistic myself. However, when the trailer for her first film released, a huge social media controversy occurred.

Many people online were quick to express their frustration with the movie because the actress who plays Music, which is an autistic character, is Maddie Ziegler, who isn’t actually autistic. Personally, I wasn’t offended by Sia’s casting choice because I don’t feel like a neurotypical person playing as a neurodivergent person is inherently disrespectful unless they’re making fun of the disability. I also tried to have an open mind and fairly judge the movie by watching it instead of assuming that it would be bad based off of criticisms that were made because of what is shown in the trailer.

However, I will hold Sia accountable for her ignorance and disrespectful replies to the criticism that was made on Twitter. Sia used outdated terms to describe autistic people such as “high-functioning” and “low-functioning” which both dismiss the abilities and disabilities of people on the spectrum.

After reading more of Sia’s tweets, I learned that Sia got her information about autism from Autism Speaks. Autism Speaks has done a lot of problematic things to autistic community, such as implying that autism needs to be cured and discriminating against autistic employees.

Earlier this month, an announcement was made that Sia’s film was nominated for two Golden Globe awards which outraged a lot of people because of the prior controversy. Despite seeing how many people were frustrated with the movie on social media, I still decided to check it out for myself to see if it was truly as problematic as people made it out to be.

“Music” was not the movie I thought it would be. I thought the movie was going to be about Zuu learning how to have patience and accept her half-sister. I also thought Music was going to overcome her struggles with the particular situation she was in. Neither of these things happen and it is very disappointing.

This could’ve been a great film about acceptance and sisterhood, but instead it is a very confusing movie with random music segments that don’t always match with what’s happening in the story. Sia had too many different plots in the story.

The main plot is about Zuu struggling to take care of herself and Music, but there’s also many other storylines that are featured in the movie that make the piece as a whole seem cluttered. I didn’t think a movie that sounded so simple on paper would be so hard to follow.

In my opinion, the biggest disappointment I had with “Music” is Music herself. Going into the film, I thought Music was going to be the main character and have an interesting story. After all, the movie was named after her.

To my unpleasant surprise, I realized that the movie is more focused on Zuu and it felt like Music is a supporting character to her story. This is very frustrating for me, the reason I watched this movie was to see how Music was portrayed.

Music barely had a story of her own and the only times in the movie where she stood out is whenever she would go out for her morning walks and dance in the music segments of the film. Music didn’t really grow as a character nor did she contribute anything to the movie except for being a plot device and a source of conflict for Zuu which is absolutely terrible.

I really wish that the movie focused more on Music and Zuu’s relationship rather than Zuu’s love interest. The way Maddie Ziegler portrayed some of Music’s behaviors felt forced and exaggerated at times and I can completely understand why people were offended by her acting.

I also didn’t like how there are two scenes where Music is being restrained by Zuu and Ebo. There are unethical ways to treat autistic people when having meltdowns and it’s also something that’s illegal. Despite this, the restraining was normalized in the movie and Zuu never actually learns how to treat Music properly other than making her her favorite breakfast each morning.

Overall, I didn’t enjoy this movie that much and I definitely don’t think this movie deserved to be nominated for Golden Globe awards.