Football Opts Out of Spring Season 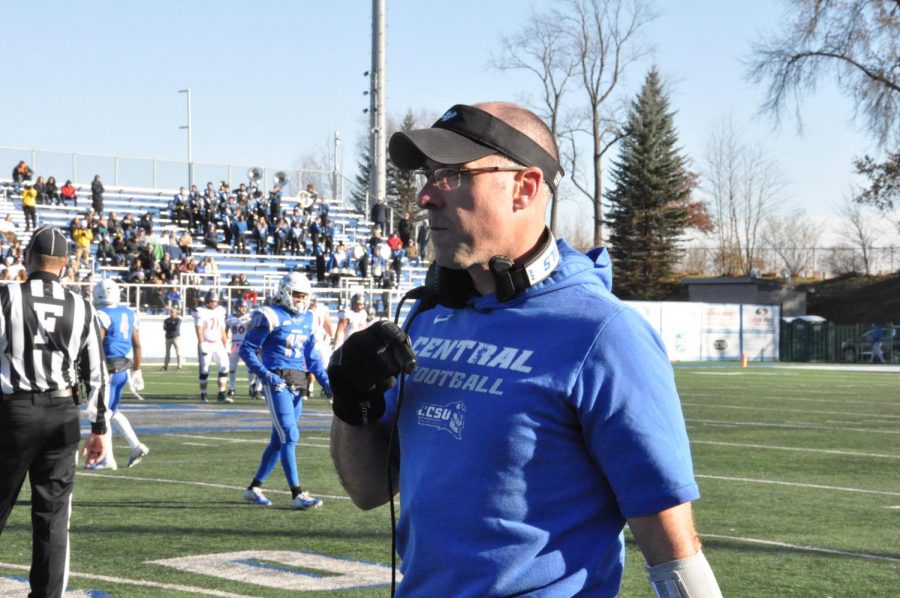 The reigning Northeast Conference champions will not be playing in the this year’s spring season.

Central Connecticut football released a statement on January 27  announcing that it would not be participating in the NEC’s spring football season.

Head coach Ryan McCarthy said the decision was a difficult one, but ultimately the right one.

“[The team] hasn’t played a game in a year and a half,” McCarthy said. “They want to play, they want to get out there and compete. We do as well as coaches, but we also want to make sure we’re doing it in the best manner for the health and safety of our team.”

The training that goes into a football season was one of the leading concerns for McCarthy and staff. “Football is really a year-round operation. You have to be in the weight room for a long period of time and we didn’t feel great about the health and safety of the kids putting them out there without being able to fully train for a live football game in the right way.”

Almost a year and a half removed from their last game, McCarthy said the focus right now is getting his players “back to square one” and ready to play in a full length season as opposed to a five game one.

The sheer number of people involved with a single team was another factor into the school’s decision. 80+ players, 10 coaches on staff and athletics trainers make for a large group of people to keep healthy and negative from COVID-19. McCarthy also pointed out some possible nightmare scenarios for a team: if a player tests positive, it could wipe out an entire position group from practice and games.

The NEC announced the plan to play spring football on December 3. The “spring ball” schedule would have consisted of four conference games concluding with the NEC Championship played on April 16 or 17.

Conference opponent Saint Francis University’s decision to not play this spring factored into CCSU’s decision as well, McCarthy said. “There was a lot of uncertainty” regarding travel and finances.

While the Blue Devils will not be playing games this spring, they will still be returning to campus to sharpen their swords for the fall.

During a normal spring semester, football would be working out four days a week. Due to COVID protocols, this number was brought down to three days a week: running in the morning and lifting later in the day, Monday, Wednesday and Friday.

The Blue Devils won a school record 11 games last season and the expectations are as high as ever.