Sports and Politics Were Never Separate, and They Never Should Be

The National Basketball Association brought the sports world to a halt last week when the players had a unified boycott of their playoff games. Like every other time an athlete has used their massive platform to promote social equality in America, it was met with some disdain.

“Shut up and dribble.”

Faultfinder “fans” often reiterate these phrases, but those phrases are founded in falsity. Sports were never a separate entity of the world around it and throughout history has blurred the lines between politics and sports.

The reason behind the NBA’s recent boycott stems from police brutality and specifically the murder of Jacob Blake. Players around the NBA have been protesting this and showing support for Black Lives Matter since the season restarted in June.

But this is not the first time that America’s ingrained racism has forced athletes to push sports to the back-burner.

That alone is so frustrating to imagine: countless people have used their platform to speak out against racism over the years. Now we are seeing their children and grandchildren fighting for that same cause.

Social issues are just as embedded in our sports as they are our daily lives. In fact, some of sports most iconic-and darkest-moments are born from it: 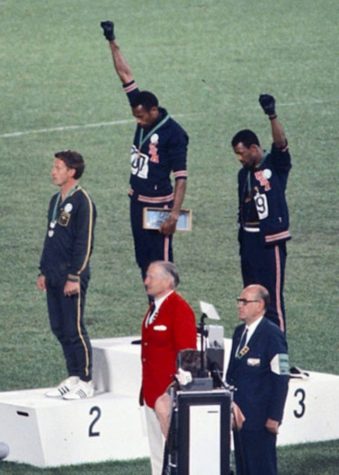 America in 1968 was reaching a boiling point. Tommie Smith and John Carlos, both runners for that summer’s U.S Olympic team, literally used their platform to send a message. After taking first and third in the men’s 200-meter event, Smith and Carlos raised their fists to the sky as the national anthem played. The two lowered their fists as the song ended, but the moment had already cemented itself in history. Just five months after Martin Luther King Jr.’s assassination, Smith and Carlos were booed by the crowd. Smith went on to say, “If I win, I am American, not a black American. But if I did something bad, then they would say I am a Negro. We are black and we are proud of being black. Black America will understand what we did tonight.” The International Olympic Committee was outraged, though IOC President Avery Brundage had no problem with Nazi salutes during the 1936 Olympics, which brings me to… 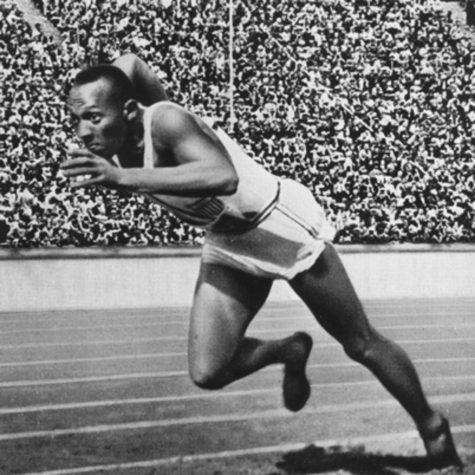 If 1968 was a boiling point, 1936 was a volcano. Though a few years removed from the start of World War II, Adolph Hitler’s reign over Nazi Germany was in full effect, making Berlin easily the strangest setting imaginable for the 1936 Olympics. Though the NAACP had advised a boycott, American runner Jesse Owens took the track and took the crowd gathered by storm. Owens won four gold medals that day and cemented his legacy as possibly the greatest track and field runner of all time, all while in the land of a dictator who believed his race to be physically inferior. Unlike his white teammates on the U.S Olympic team, Owens was not invited to the White House by President Franklin D. Roosevelt. 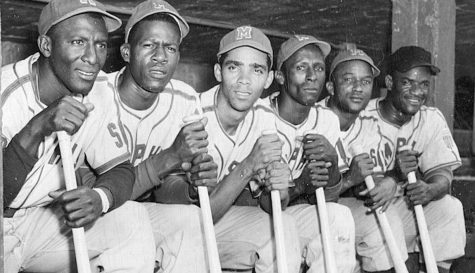 If sports are truly some sort of escape from reality, then why was baseball just as segregated as the rest of America? While the story of Jackie Robinson is sometimes portrayed as an endearing turning point, it’s more essential to note why Robinson joining a major league franchise was so important. While Major League Baseball was seen as America’s pastime, the Negro Leagues (comprised of African and Latino Americans) were shunned as the ugly stepsister. Players like Satchel Paige and Josh Gibson could have dominated in the majors had it been possible. Even when players did integrate, “smooth” is the last word I’d use to describe the transition. Robison and the other African American players who had integrated into baseball now had a target on their backs. They were now free to play the sport they love but now fans, managers and fellow players hurled death threats and racial epithets at them with every step up to the plate. There was nothing equal about the treatment African Americans got in the MLB.

So often we hear the phrase “history repeats itself.” Whether you are criticizing protest or staying silent today, you are complicit in this version of history repeating itself for African Americans as it has for the past 400 years.