Executive Privilege Isn’t Absolute; Someone Should Really Tell Trump That 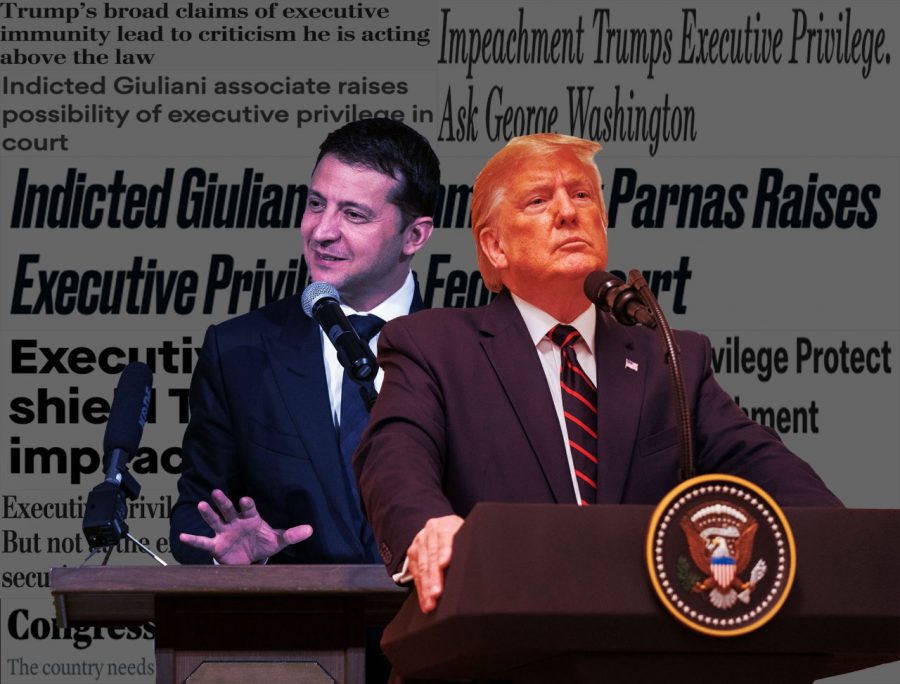 Contrary to his false declarations, President Donald Trump is not above the law.

Democrats have made the phrase “nobody is above the law” a cliche. But as tiring as it is to hear top leftists repeatedly make the applause-inducing statement – it’s low-hanging fruit at this point – they’re not wrong.

Yet, for far too long, the concept of executive privilege has put a stick in the wheel of justice. Past presidents like Richard Nixon misused it to avoid facing the investigations, and subsequently the punishments, they deserved. And now, President Donald Trump and his ragtag band of goons are misusing it to an egregious extent.

To Trump, it doesn’t matter that there’s blatant evidence of him pressuring Ukrainian President Volodymyr Zelenskiy to investigate Joe Biden; it seems that, in the president’s view, consequences for committing even obvious crimes are nonexistent thanks to executive privilege. Trump’s cabinet appears to share that perspective.

White House lawyer Rudy Giuliani defied a congressional subpoena in early October on account of the fact that “documents sought in the subpoena are protected by … executive privilege,” according to a response letter his lawyer wrote to the House of Representatives.

Additionally, the defense lawyer for two of Giuliani’s associates, found to have ties to Ukraine and charged with using foreign money to make illegal campaign contributions, claimed last week that the White House “could assert executive privilege” over certain evidence, The New York Times reported.

Finally, and perhaps most outlandish, Trump’s private attorney argued last week that a sitting president would be immune from prosecution even if he “shot someone in the middle of Fifth Avenue,” as Trump famously boasted during the 2016 campaign trail, the Washington Post wrote. That’s not remotely true and someone with a law degree should know that.

Executive privilege is an implied power, meaning that it is not explicitly enumerated, or written, in the Constitution. It’s a concept that exists between the lines. Coined first by President Dwight D. Eisenhower, executive privilege lets presidents “shield certain testimony and documents from disclosure to courts or congressional investigators,” whether it be in the interest of national security or protecting sensitive White House information, according to The Atlantic.

Theoretically, presidents can hide the skeletons in their closet, but that power isn’t absolute. In the 1974 landmark case United States v. Nixon, Justice Warren E. Burger wrote that the Supreme Court rejected Nixon’s claim to an “absolute, unqualified Presidential privilege of immunity from judicial process under all circumstances.”

As a result, Nixon was forced to give up subpoenaed tapes that proved his involvement in the Watergate scandal. He resigned soon after.

Notably, the Court voted against Nixon because the case pertained to a criminal investigation, not congressional committees. That affords Trump some leeway; he’s not on trial yet. Still, like with most things, Trump has exaggerated the scope of protection that executive privilege provides him.

The fallacies in Trump’s overstatements really shine in the fact that the impeachment inquiry hasn’t slowed down. Despite Trump denying access to documents and testimonies from key administration officials, civil servants are still working around him to cooperate, exposing the White House’s bluff.

The limits on executive privilege have frightened establishment Republicans so much that they stormed a closed-door deposition last week involving the deputy assistant defense secretary, according to CNN. The inappropriate protest was meant to stall the impeachment inquiry and show Trump that the party stood behind his executive privilege and immunity nonsense.

Democrats have several options. They can hold those who refuse to comply with the impeachment inquiry in contempt of Congress. They can have a judge order enforcement of the subpoena. They can even use the refusals as justification for impeachment, using the insinuation that Trump and his supporters have something to hide.

All of these choices, again, prove that executive privilege isn’t limitless. Trump doesn’t have the divine right to the Oval Office he believes he does. The law doesn’t turn a blind eye to crimes just because the perpetrators are the president and his aides.

If Trump doesn’t know that, his lawyers, at the very least, should. And they should explain to him what executive privilege really does, even if it’ll require a picture book for him to truly understand the concept.