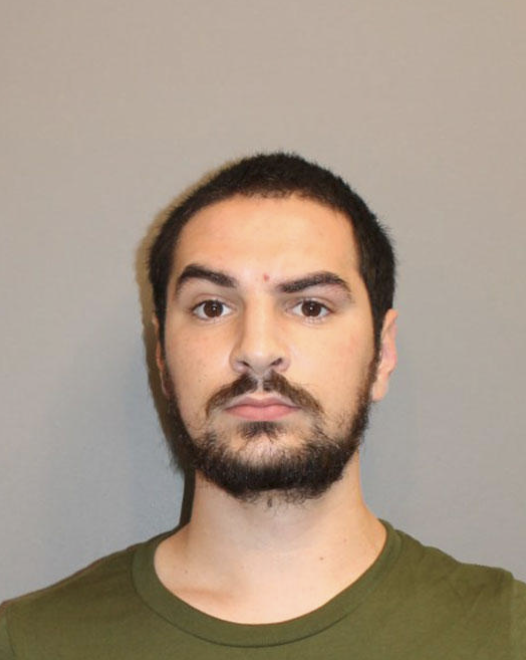 Central Connecticut found itself scrambling to avoid becoming another statistic after a former student charged with possession of high-capacity magazines left a virtual trail of racist and hateful posts and an interest in committing a mass shooting.

Alongside with a heavier police presence on and around campus, President Dr. Zulma Toro said CCSU will be informed if Brandon Wagshol, who was released on a $250,000 bond and is currently on house arrest, is within a certain perimeter of campus. When accepted to CCSU, Toro said there was no indicator Wagshol was a threat despite his history with police that dates back to 2008.

“We are [also] training, staff, faculty and students… that will educate any individual how to deal with any event like [a mass shooting],” Toro said. “In the case of an event, we have a plan to deal with that, including the fact that all the police officers now have an iPad with their plans and map of every building [so] it’s very easy for them to get to that building immediately.”

Wagshol, 22, attended CCSU last spring and was arrested last month facing charges of possessing large-capacity magazines, raising fears about whether or not CCSU could fall into the hands of the country’s next gun massacre — number 284 this year alone.

The arrest and a joint FBI-local police investigation began after a tip that said Wagshol was attempting to obtain “large-capacity rifle magazines from out of state,” according to Norwalk Police. Police said that Wagshol was buying rifle parts online in an attempt to build his own rifle, possibly an AK-47, and had a Facebook post that showed his interest in carrying out a mass shooting.

After searching Wagshol’s home, police said they found multiple guns, armor and tactical equipment, including 300 Blackout rounds of ammunition. The firearms were registered to Wagshol’s father, though Wagshol had access to them.

Wagshol was a full-time student at Central living in Thomas Gallaudet Residence Hall. Halfway through the spring semester,  Ivan Gotchev, Wagshol’s math professor, said Wagshol stopped showing up to class. Though not heavily involved on campus, he was outspoken online, particularly on Twitter.

Wagshol left behind a number of racists tweets, including one that read “I hate n—ers.” He also appeared to have an evident hatred for the LGBTQ+ community and a fixation on the FBI.

Court documents show Wagshol had an “extensive” history with police since 2008. According to the documents, a parent advised to Norwalk Police that Wagshol “always had a fascination with guns, knives and violence.” Wagshol was investigated for the first time at the age of 11 for threatening to stab and shoot his classmates.

Documents show that students in school also said they heard Wagshol talking about stabbing and shooting people and that he said he would make the Virginia Tech campus shooting, which killed 33, “look like nothing.”

When asked if Wagshol had thoughts of killing people he responded “not really,” documents show.

Police also went to Wagshol’s home in September 2013 after he called in a burglary. Wagshol said he cut the burglar with an ax, diverting the incident, but later admitted nothing happened and that he was having a “lucid dream.”

In 2015, Wagshol was involved in two domestic incidents in which police seized firearms and another last year in which Wagshol was arrested after becoming “enraged over household issues” and knocking over a table in the living room.

Wagshol’s mother, who was interviewed by investigators, said she could not say “no” when asked whether or not her son was capable of carrying out a mass shooting. She also said that her son was “infatuated” with guns and that he had been previously expelled from school for researching the costs of guns on a school computer.

Relatives also told police that they stopped having Wagshol over for Thanksgiving dinner because of his “scary odd behavior.”

Court records stated that Wagshol was diagnosed with “oppositional defiant disorder” at a young age. Wagshol had been previously committed to psychiatric treatment against his will after attempting to “force” his way into a Stamford bank.

Wagshol had multiple social media accounts that contained hateful and racists posts, including ones in which he said that transgender individuals were “worthy of a gas chamber.”

Though Wagshol’s social media posts outlined a man filled with hate, two of his friends from Gallaudet Hall, who asked to remain anonymous for safety reasons, said Wagshol was different in person and that he was just being “kooky” online.

“The best way to put it would be just off-color humor,” one friend said.

“I think it’s humor.  Of course, I also think the humor derives from his political standing [which is] probably not in favor of trans rights,” the second friend added.

Despite this, Wagshol’s friends said that he was often put in a “liberal environment” when socializing with others in his residence hall and that he never seemed “pestered” by it.

When asked if Wagshol would ever carry out a mass shooting, the two friends, who said they knew Wagshol owned guns, replied “never.”

Both friends said they believe that Wagshol may have begun to “spiral” during the summer months due to a “lack of communication” followed by “isolation.”

“Brandon simply didn’t have any outlets to communicate with friends or to be able to understand what is and what is not acceptable,” one friend said. “I can’t prove that [he was socially isolated], but I’m assuming so.”

“There is no intention of this man committing anything violent from what I’ve seen,” the second friend said. “I think it was a cry for attention.”

No ‘Imminent Threat’ To CCSU:

“I can tell you there was no information that confirmed that [Wagshol] was an imminent threat to CCSU because we have information about that,” Toro said. “We have processes and systems in place that allow us to assess the level of risk and threat that somebody represents. And then we took the appropriate actions based on that information we had.”

Toro said not every student is run through the risk-assessment process, though students with “red flags,” which include any previous convictions or any disciplinary action in previous institutions, are.

Though Toro said there is no imminent threat to campus, she acknowledged that a shooting can happen at “any institution.”

Wagshol was not available for comment. His next court appearance is Oct. 4.