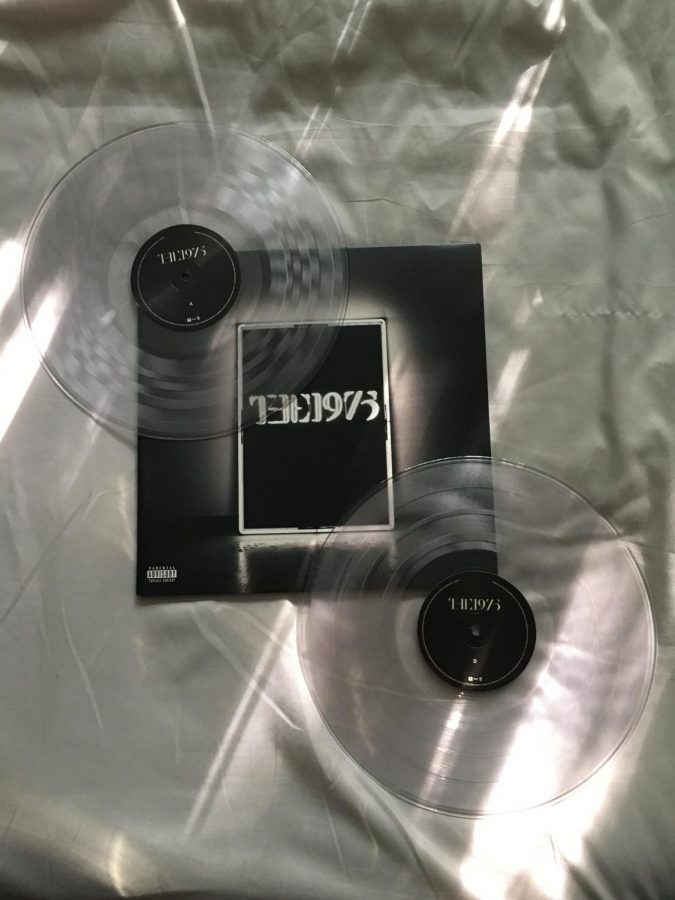 I cannot believe this album is six years old now. I got into The 1975’s discography backwards, starting with their second album first rather than this one. However, this was the sound track to my life near the end of my sophomore year in high school. I don’t remember a time when a song off it wasn’t in heavy rotation.

“The 1975”: This gets you prepared for what’s to come. It lets you know something big is about to start and you should be there and listen.

“The City”: This song is almost as iconic as the band itself. What’s amazing about this song is it sounds different driving at night verses listening to it in your room in the afternoon.

“M.O.N.E.Y”: One of my three favorite songs off the album. It just sounds so different from anything really anyone has released before. I think that’s what really drew me in.

“Chocolate”: A classic. Even if you don’t normally listen to the 1975 there’s a good chance you’ve heard this song. Now while I wasn’t a fan in 2013 when this came out this song has the capability of taking me back to the time when they were just starting out.

“Sex”: It’s a pretty good song. It will definitely get you moving. The beat is infectious. My favorite part is the very end. The beat of the song changes slightly and I can’t help but want to jump around.

“Talk!”: The song starts off with the “why you talk so loud” and I’ve definitely wanted to ask certain people that question. This is a song I’ve listened to when I was going through a rough patch but also just because it’s a good song. The ending is probably my favorite part because all the vocals overlap each other and it sounds so cool.

“An Encounter”: Honestly, I don’t play this track. It’s just an instrumental, and while it adds to the album as a whole I’m not going to pick it over another song (that has lyrics).

“Heart Out”: I’m not sure why but I always have felt that “Heart Out” and “Settle Down” are supposed to be placed next to each other; if you play “Heart Out” you need to play “Settle Down” next. I don’t know why, but I’ve always found that the two tracks are similar or connected in some way.

“Settle Down”: This is such a fun and upbeat song. I love it. This track gets a fair amount of play and whether I’m in my room or in my car, I’ll be singing and dancing to it.

“Robbers”: This song, according to Matty Healy (singer, guitar) is for the fans and always will be. It was dedicated to us every night of their recent tour. This song means so much to many of their fans. Now I don’t personally have a deep connection with this song, but I do enjoy it and recommend to listen to it if you haven’t.

“Girls”: One of my favorite songs off the album. I am so sad they have stopped playing it live because that means I will never hear it live. But this is definitely a song that I play often and will continue to do so for eternity.

“12”: Another instrumental track. While these tracks do so well live as transitions this again isn’t a song I choose to play.

“She Way Out”: This song is a BOP. I was lucky enough to hear this live when I saw them back in May and I have been grateful ever since. It has always been a favorite of mine and I recommend checking it out if you haven’t.

“Menswear”: Honestly this song is so underrated. I’m guilty of not playing it enough. It just came on shuffle the other day so now I’m going to make sure it gets the rotation it deserves.

“Pressure”: I need to play this one more. I don’t tend to choose it often, but I’m always happy to hear it when it comes on shuffle.

“Is There Somebody Who Can Watch You”: The most heartfelt/heart wrenching song off the album. It’s somber tone is probably why I don’t play it that often. But it is still a lovely song.

This album put The 1975 on the map and caused this album, as well as their other releases to be the soundtracks to our lives.