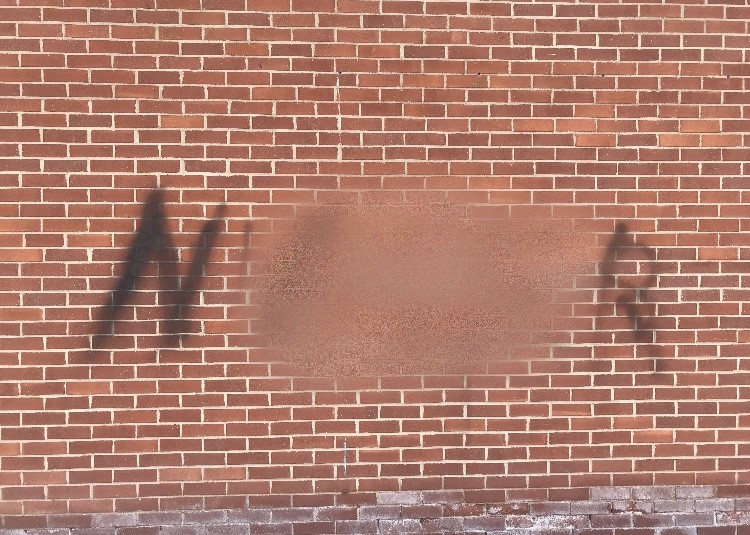 One racial slur was spray painted outside the Student Center facing Welte Garage.

The racial slurs that were spray painted onto two campus buildings have been removed and are under investigation by the Central Connecticut Police Department.

A second chemical treatment, which was completed Monday, was necessary to completely remove the paint from the Student Center site.

The graffiti comes after the recent renaming of the former Social Science building to the Ebenezer D. Bassett Hall. Bassett was commemorated in a ceremony to honor him as the university’s first African-American graduate.

The incidents prompted a reaction from CCSU President Dr. Zulma Toro, who made it clear the “message of hate” will not be tolerated.

“We must stand together to demonstrate that this behavior will not be tolerated on our campus, and I commit to leading this charge,” Dr. Toro said in an email sent out to students, faculty and staff Monday morning. “I assure you that each incident will be fully investigated. We will continue to strive to make Central a safe and welcoming place for all members of our family.”

Student Government Association President Kassandra Fruin said the vandalism not only “weighed heavy on her heart,” but also prompted her to involve the SGA.

Fruin said while her goal has always been to promote a more welcoming campus, she is now looking to now create a student-to-student open discussion with faculty.

In order to do that, Fruin said she will continue to meet with the Steering Committee of the Faculty Senate to not only discuss issues on sexual misconduct, but also campus climate.

“We want to bring our students and our community together to make sure that people still feel pride in going here,” Fruin said. “I want those students to know that we as a student government don’t stand by that kind of hatred. Those are not our campus morals and what we value as a community.”

Though Fruin expressed her dismay, perhaps some of the most outspoken about the incident were CCSU students, all of who said they were shocked by what they had seen.

“Things like this happen, we’re in America [and] we experience racism, but to actually have it happen here, it really did shock me,” student Errol McDonald said. “I’m kinda afraid for myself. I mean, I am a black man.”

That fear was also expressed by sophomore Briana Kuo, who said her phone was “blowing up” with other students who were “very scared [and] very worried.”

“This is the second hate crime that’s happened this week,” Kuo said, referring to the anti-LGBTQ brochure that was found at last week’s LGBT open mic night.

In order to combat this, Kuo, along with the Black Student Union, PRIDE and the SGA, is hosting a “silent” rally this upcoming Thursday.

But McDonald said that in his mind, the most important thing CCSU could do is bring justice to the individual or individuals who wrote the word, saying that he feels as if the university often “sweeps [issues] under the rug.”

Fruin acknowledged the frustration and fear students expressed, saying that she knows those impacted by it are hurting.

“The word was obviously directed towards people who have suffered and it’s a constant reminder of that suffrage,” Fruin elaborated. “I can’t even begin to understand what that hurt feels like.”

Dr. Toro said she encourages students to report incidents of hate – verbal, written or otherwise – that are seen on campus to the CCSU PD.

Police are still investigating the incidents. Anyone with concerns about any campus climate issues can share them with Dr. Toro by going to www.ccsu.edu/ccc.