Pay Attention To International News, Too 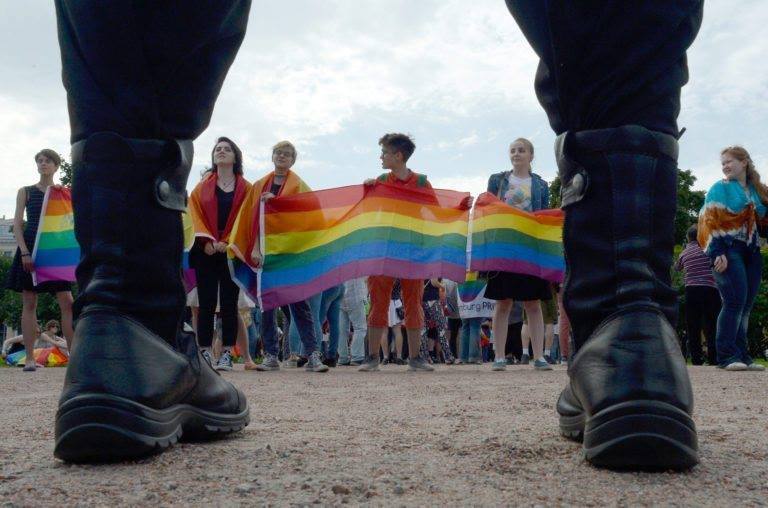 Students need to focus more on international news, not just what happens in the U.S.

I often find myself in a room with blank stares or the common shoulder shrug when I bring up an international topic.

I myself do not understand every little detail that goes on across the sea. However, I do find the importance in knowing or having the basic idea and concept of a topic and think others should, too.

For example, about 40 men and women have been detained in Chechnya on suspicion of being gay and at least two of them have died of torture in detention, according to NBC News. The new allegations come after reports in 2017 of more than 100 gay men being arrested and subjected to torture, and some of them killed, in the predominantly Muslim region in southern Russia.

I found this topic to be discussed less by the United States’ media outlets. For one, I think that is a problem because in America, being openly gay is legal, but that should not take away from other countries that still have these ongoing laws and issues.

Second, I acknowledge that not everyone supports the LGBT community; however, knowing what is going on in other regions is still greatly important despite supporting it or not.

The way I see it is, imagine if 40 heterosexual men and women were being detained in the Russian region or any region for that matter due to religion. Well, then I believe that hatred would grab people’s attention because a lot of people can agree on freedom of religion but then there’s this stigma towards the LGBT community.

Pay attention and understand the cruelty in the world is far from over.

Another topic to address is Russia’s President Vladimir Putin threatening to target the U.S. if it deploys nuclear weapons in Europe.

Putin said last Wednesday that he would respond to any deployment of American nuclear weapons, according to U.S. News.

Not only would Putin target the countries where America’s nuclear weapons are in Europe, but he would also target the U.S. itself.

According to Russian media outlet Sputnick, Putin said that if Washington deploys medium- or short-range missiles in Europe, it will “dramatically exacerbate [an] international security situation.” He noted that some missiles have a flight time to Moscow of just 10 to 12 minutes, calling the weapons a “serious threat” to the Russian people.

President Putin does not want to make any first moves in response to President Donald Trump’s decision to pull out of the Cold War- era arms control treaty earlier this month. U.S. News states Trump said the U.S. would withdraw from the Intermediate-Range Nuclear Forces Treaty within six months unless Russia complies with the agreement.

Although only just a couple of examples, there are plenty of issues going on around the world today.

With information at our fingertips, knowing what is going on around us is easier than ever. We are more than just the United States; we are a part of the world.

What goes on beyond our borders impacts our daily lives. Make international news apart of your life.